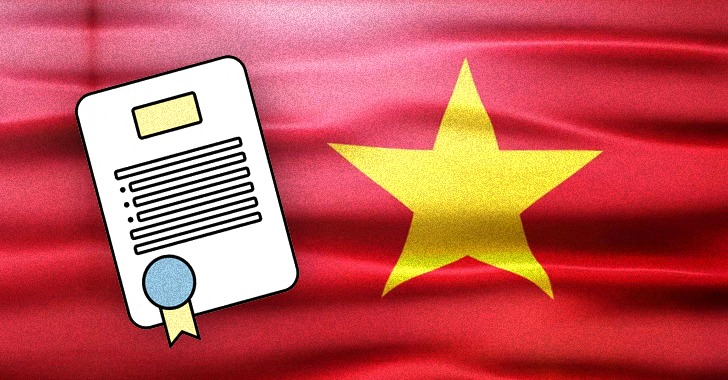 “The compromise of a certification authority website is a good opportunity for APT groups, since visitors are likely to have a high level of trust in a state organization responsible for digital signatures,” ESET’s Matthieu Faou said.

After the attack was reported to VGCA, the certificate authority confirmed that “they were aware of the attack before our notification and that they notified the users who downloaded the trojanized software.” 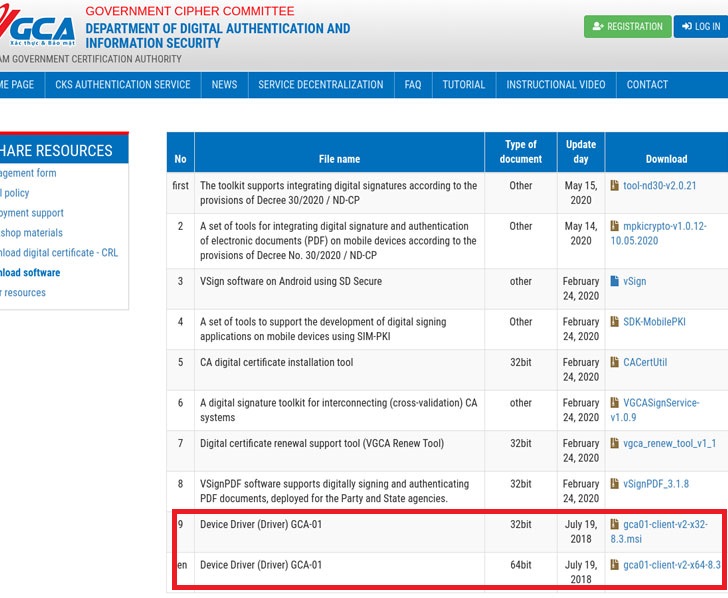 The digital signature tool, mandated by Vietnam’s Government Cipher Committee as part of an electronic authentication scheme, is used by the government sector as well as private companies to digitally sign documents using a USB token (also called a PKI token) that stores the digital signature and requires the aforementioned driver to operate.

As a consequence, the only way a user can get infected is when the compromised software hosted on the official website is manually downloaded and executed on the target system.

Once installed, the modified software starts the genuine GCA program to mask the breach and then runs the PhantomNet backdoor that masquerades as a seemingly harmless file named “eToken.exe.”

The backdoor — compiled most recently on April 26 — takes the responsibility of collecting system information, with additional malicious capabilities deployed through plugins retrieved from hardcoded command-and-control servers (e.g. “vgca.homeunix[.]org” and “office365.blogdns[.]com”) that mimic the names of VGCA and popular productivity software.

ESET said in addition to Vietnam, it saw victims in the Philippines, but their delivery mechanism remains unknown. The ultimate goal of the attackers remains unclear as well, what with little to no information about the post-compromise activity.

If anything, the incident highlights why supply-chain attacks are increasingly becoming a common attack vector among cyberespionage groups, as it allows the adversaries to deploy malware on many computers at the same time covertly. 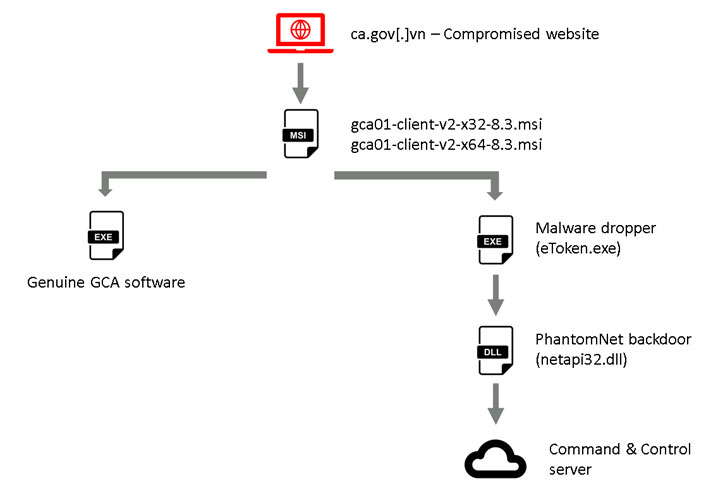 Then last week, it also found that a chat software called Able Desktop, used by 430 government agencies in Mongolia, was abused to deliver the HyperBro backdoor, the Korplug RAT, and another Trojan called Tmanger.

Lastly, a supply-chain attack on SolarWinds Orion software discovered this week was exploited to breach several major US government agencies, including the Departments of Homeland Security, Commerce, Treasury, and State.

“Supply-chain attacks are typically hard to find, as the malicious code is generally hidden among a lot of legitimate code, making its discovery significantly more difficult,” Faou concluded.